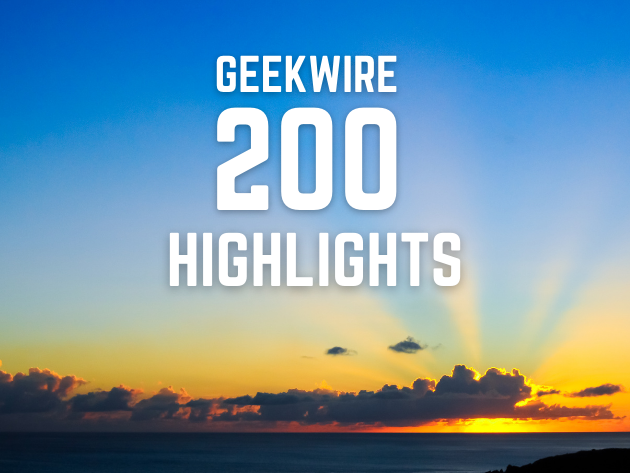 
After a busy year of deal making, our most recent update to the GeekWire 200 rankings doesn’t include any major shakeups. However, big changes are on the horizon.

This month, our index of the Pacific Northwest’s top privately-held startups will implement new criteria to better showcase the region’s startup ecosystem. These are some of the most significant changes we’ve made to the GeekWire 200 since its launch in 2012.

The GeekWire 200 is derived from our broader list of more than 1,300 tech startups headquartered in Washington, Oregon and Idaho, and British Columbia. The GeekWire 200 rankings are generated using a weighted algorithm that accounts for social media followings, approximate employee counts (via LinkedIn) and inbound web links.

Starting in 2022, companies that are majority owned by private equity firms will no longer qualify for the GeekWire Startup List and, as a result, the GeekWire 200 rankings.

Companies 15 years or older will also no longer qualify. Startups can verify their founding year with GeekWire by contacting editor@geekwire.com.

This revised criteria will result in a refreshed rankings, especially among the top ten.

For example, Blue Origin (No. 1) was founded in 2000 and as a 21-year old company will no longer be eligible. The company is been privately funded by Amazon founder Jeff Bezos, making it a unique startup venture. The Kent, Wash.-spaceflight company has sat atop the GeekWire 200 since June 2018.

Other companies will “graduate” from the list as well, but through the traditional route of IPOs or acquisitions. Hootsuite (No. 2) is reportedly planning on a 2022 IPO. GeekWire’s news team closely tracks news of IPOs, SPACs and acquisitions of Pacific Northwest startups. Let us know about forthcoming deals at tips@geekwire.com.

The final upcoming change is that the GeekWire 200 rankings will be released on a quarterly basis, rather than monthly.

Big risers this month in the health-tech space include: