Ozy Media CEO Carlos Watson informed employees Friday that the board had voted to shut down the company, according to a person familiar with the matter.

In a five minute phone call late in the afternoon, Watson informed Ozy’s staff of the decision, said the person, who asked not to be named because the conversation was private. A dejected-sounding Watson did not take any questions, the person said.

The New York Times was first to publish news of Ozy’s decision.

“At Ozy, we have been blessed with a remarkable team of dedicated staff,” the company’s board told the Times. “Many of them are world-class journalists and experienced professionals to whom we owe tremendous gratitude and who are wonderful colleagues. It is therefore with the heaviest of hearts that we must announce today that we are closing Ozy’s doors.”

A spokesperson for Ozy wasn’t immediately available for comment. According to Axios, which also reported Ozy Media is shutting down, the company had 75 full-time employees.

Full-time staffers are now waiting to hear if they will receive any severance or extended benefits from the abrupt shutdown, the person said. Freelance writers will be paid final pay checks next week, another person said.

The Times first reported on Sunday that an Ozy executive later revealed to be COO Samir Rao, impersonated a YouTube executive on a conference call with Goldman Sachs, which was considering a $40 million investment in the company. The company had also allegedly vastly inflated its monthly unique visitors, a metric used by media companies to attract advertisers.

That report set off a tailspin at the company.

On Wednesday, former BBC anchor Katty Kay, and one of Ozy Media’s executive producers, resigned from the company amid the fallout.

On Thursday, Marc Lasry resigned as the chair of Ozy Media after just three weeks on the job. Billionaire investor Lasry is the CEO of Avenue Capital Group and owner of NBA champions the Milwaukee Bucks.

“I believe that going forward Ozy requires experience in areas like crisis management and investigations, where I do not have particular expertise,” Lasry said on Thursday. He added that he remains an investor in Ozy Media.

CNBC also reported on Thursday that Ozy Media founder Carlos Watson lied when he claimed Sharon and Ozzy Osbourne invested in his company. The Osbournes filed a trademark lawsuit in 2017 over the company’s name Ozy Fest, which is the firm’s annual concert and festival. Osbourne told CNBC Watson leveraged his connections with billionaire Ozy Media investor Laurene Powell Jobs to threaten lawsuits. “This guy is the biggest shyster I have ever seen in my life,” Osbourne said.

Ozy also promised former producers that it was filming a show for A&E, according to a report from the Times on Thursday. But producers discovered that, too, was a lie, and that A&E never had plans to air interviews Ozy had filmed, according to The New York Times.

Previous employees at Ozy told CNBC Friday that Watson ran the company as a charismatic and temperamental leader. His demands on reporters — including writing four feature-length stories a week with “flavorful” prose — led several employees to quit from burnout. CNN spoke with other employees that mentioned similar stories of long work days and exhaustion.

Both Watson and Rao gained reputations for screaming at employees in the workplace, according to five ex-employees. One said working at Ozy felt like a Wall Street trading floor and thought the pair’s time working at Goldman Sachs may have contributed to their demeanors.

Watson would frequently boast of Ozy’s reach at internal meetings, said three people who were present for them, but reporters and editors saw little evidence of Ozy’s popularity. Still, they stayed with the company because they believed in its mission: to report stories and trends that other media outlets hadn’t yet discovered. Former Ozy employees also credited Watson with building a diverse workplace and allowing them to cover outside-the-box issues.

“I’ve never seen a workplace as diverse as Ozy’s,” one ex-employee said. “That was a huge reason to stay at the company.”

But the demanding pace and Watson’s temper caused many to leave — often to Watson’s chagrin. Several noted Watson attempted to keep them and even contacted them after they’d quit.

“There’s a real guy in there, somewhere,” one ex-employee said of Watson. “It’s just tough to cut through the vanity.”

Watson was the face of the company both literally and figuratively, the employees said. He would ask to be more prominently featured on the website, with links to his YouTube talk show, “The Carlos Watson Show,” two of the people said. A YouTube advertisement for the show cites a quote from Deadline calling Watson “The Best Interviewer on TV.” That line was actually said by Rao, the executive who impersonated the YouTube executive, in a 2020 Deadline article about “The Carlos Watson Show.” 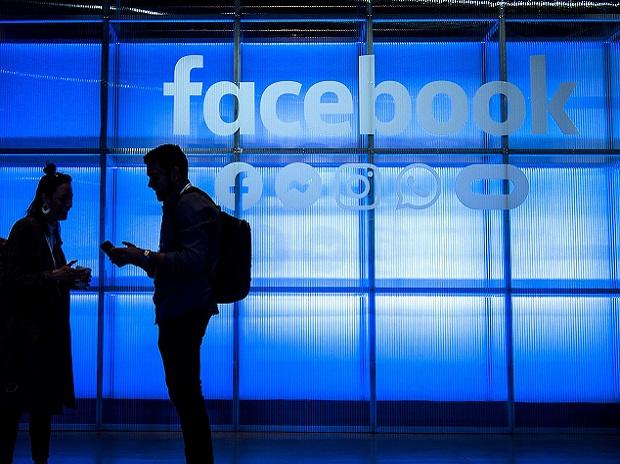 Bitcoin is inches away from reaching $60,000 amid ETF speculation